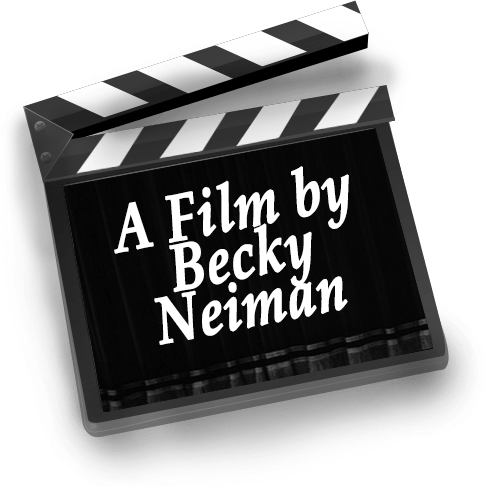 A Most Successful Failure

A Film by Becky Neiman

Anne Stewart came from a traditional Jewish family and reinvented herself into a glamorous Hollywood starlet and socialite. To some, her scandalous life confirmed her status as the “black sheep” of the family. Others saw her as a beacon, which pointed the way out of the narrow confines of her culture and into the larger world. Her riveting personal story is recounted through family interviews, press accounts and through Anne’s own words.

Anne Stewart was my cousin. I had heard little snippets of her story, but knew very few details about her life. But that didn’t matter. It was the photo of cousin Anne in my aunt’s old photo albums that said everything I needed to know. It didn’t matter to me that she didn’t make it as an actress in Hollywood. At age 11, I felt drawn to this woman. She was gorgeous and she had stepped out of the traditional confines of my conservative Jewish family and charted her own course. The derisive comments made by my aunts and my father about Anne’s failed acting career did not make me think less of her. I wanted to meet this one. She was my cousin. Didn’t I have the right?

I didn’t get to meet Anne until my father joined me in Los Angeles in 1998. Anne contacted my father sometime in the 1980’s when she was living in Santa Barbara. She wanted to reconnect with the family and my father was the one she chose to call. He was a charming intellectual and had received a large amount of press in the early seventies for his work teaching at Catholic Universities including a stint in Rome, where Anne also had spent some time. Perhaps he was the only cousin she felt she could relate to.

When I met Anne, she announced that it was Czar’s birthday and we had to drink a shot of Vodka. I was bowled over my the stunning photographs on her wall – all of these people looked like famous movie starts because of the beauty and style of their portraits, but none of them were well known. I loved that and I was intrigued. Then Anne started dropping names and they fell with reverberating thuds: Joan Crawford, Tyrone Power, Ronald Reagan. I found this so refreshing. I was living in the Hollywood of today, where the name-dropping was so much less impressive

Soon after meeting Anne, she gave me a copy of the letter that she had written to her daughter Diana, telling her the story of her life.

My relationship with Anne developed. She respected me as an entertainment industry professional. We knew some of the same music industry people in New York and she understood the struggles I was going through trying to make a career for myself in the entertainment business. But mostly I helped Anne with her life. I took her to the supermarket and the post office and the copy shop. We dined at her favorite restaurants, The International House of Pancakes, and Kenny Rogers Rosters – right around the corner from where she lived on Hollywood Boulevard right near Vine. She what always perfectly coiffed and dressed all in purple.

I have very little videotape of Anne. When I decided to document her, she was very frail and couldn’t stand a lot of disruption in her life. I wasn’t sure what the story was going to be, but I wanted to get the basic stories of her life on tape.

Anne Suffered a stroke sometime after September 11th 2001. We had been out of touch that week and when I saw her next she was in the hospital unable to speak. She would never return to her apartment in Hollywood. Her daughter Diana came in from Reno to find a facility that could take care of Anne and to close down her apartment. I asked Diana if she could let me go through any materials she didn’t want to keep. It turned out that Diana had no interest in any of her mother’s papers, letters and photos. She gave me everything.

In this large stack of materials, I found corroboration for every story Anne had told. Her letter could now be illustrated with newspaper clippings and photographs that seemed to cover every detail of her life. This was not only extraordinary in and of itself, but the materials were visually stunning. Endless beautiful photographs, letters from Joan Crawford and Tyrone power and even 16 mm film reels from the 1930’s.

The making of this movie felt akin to creating a tapestry. I managed to conjure up New Year’s Eve 1935 using old postcards and photographs with Anne’s diary text as the narration. Not one word was written to create this piece. Every word written or spoken was taken from interviews, newspaper articles or letters. I created the rough cut using Avid Xpress Pro on a Powerbook. Todd Jones of 303 Post took that rough cut and raised it to a new level. The score by Saar Hendelman is an amazing achievement – a contemporary take of the classic film scores of the period.

I met in man named Robert Rosenberg in Israel who saw a rough cut of this film and called it a Jewish family values move. Not because of anything Anne did, but because it was the Jewish notion of the importance of family ties that brought me and Anne together.

Becky Neiman is an independent writer, producer and director. She first dabbled in the world of film while playing the title role in Dexter, which was nominated for an Academy Award, Best Short Subject, in 1979. That same year, Dexter won the prestigious New England Student Academy Award. After attending Boston College and graduating from New York’s New School of Social Research, Ms. Neiman took a job as an ad copywriter at CBS Records (now Sony Music) in the storied Blackrock Building. There, she shifted her focus to video production and directing.

In 1998, Neiman defected to Los Angeles, where she began directing her own work. Coming in at just under 1:30, My Favorite Moments in Nazi History screened at the 1998 Montreal Comedy Festival in the first ever short film program “Eat My Shorts” That same year, Unclipped: The Shaving of Andrew Montanez—the saga of a man and his shockingly obese cat—screened at Outfest in Los Angeles. In 2000 Ms. Neiman won the Grand Jury Prize at the New York International Film and Video Festival for her short film “Amy Stiller’s Breast”.

At that time, Ms. Neiman also began the extensive project of archiving her father’s work. Dr. David Neiman, a popular lecturer, was an expert on the relationship between the Church and the Jews throughout history and in modern times. Ms. Neiman produced a series of her father’s lectures which are available on iTunes, Amazon and most major audio content providers.

After a one-night stop between Israel and Los Angeles during Pope John Paul II’s funereal week, Neiman wrote “Letter from Warsaw,” which was published in Hadassah magazine in 2006. Her essay “1982 Velveeta Box” was included in the book “Taking Things Seriously” (Princeton Architectural Press, 2007).

Neiman began work on her documentary Anne Stewart: A Most Successful Failure when she finally got to meet her mysterious, long-lost cousin.